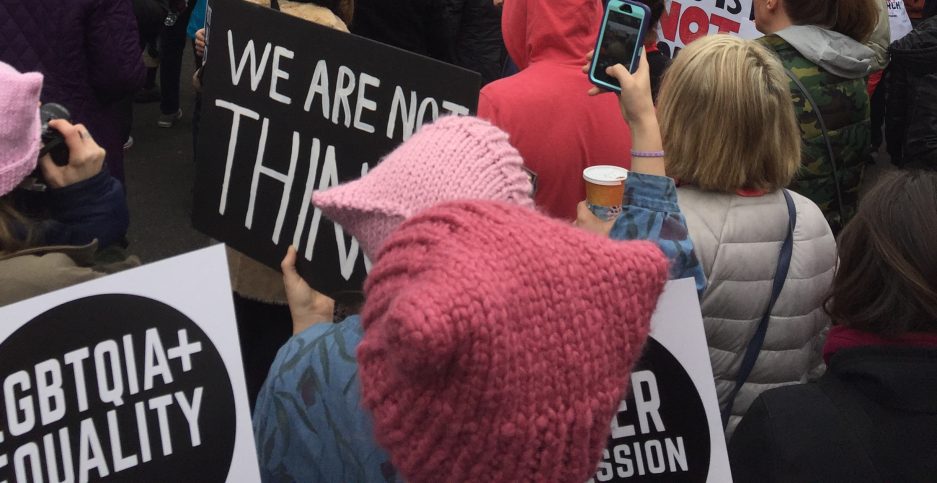 With a few changes, I am resurrecting my political blog, which I first began following the election in 2008 of Barack Obama. And, in case you wondered, politically I am somewhat left of center, though that wasn’t always true. It seems that in my later years I have found my way back to the politics of my youth, and I felt that a few (or, perhaps, many) words of explanation were in order.

If one can be raised within a political party, we were. I don’t recall much in the way of politics from my very early years, but after my parents were divorced, my mom entered politics with a vengeance. My earliest political memory was campaigning with her for Nick Nuccio to be elected Mayor of Tampa in ’56; I was 9 years old. Nuccio was elected, and was a sometime visitor to our house, along with people like the late US Representatives Sam Gibbons and Claude Pepper. In 1960, we campaigned fervently for John Kennedy, and had the memorable pleasure of meeting him on the Monday before he was assassinated.

Mom was Democratic Precinct Committeewoman for more years than I can remember, and held a tea in her home for Rosalynn Carter during Jimmy Carter’s first campaign for the Presidency. She was invited to both Carter’s and Lyndon Johnson’s inaugurations, and was a delegate to the party’s mid-term convention in Kansas City in 1974. In short, my life was infused with political activity and activism, to the degree that, when I left home in the late 60s, I was glad to be away from it all, and frequently (and obnoxiously) stated that the only political thing I ever wanted to do again was vote!

Fast forward to marriage and children, and life in a small farming town where I became actively involved in my church. I worked only sporadically, so my social circle was filled with like-minded people. My husband was a volunteer policeman in addition to his full-time paying job, and so my world became more and more circumscribed and influenced by political conservatives. I did vote for Jimmy Carter in 1976, but shortly afterward changed my party affiliation to Republican. After all, they were the “family values” party and I was all for family values!

In 1987 I became very involved in working with AIDS patients, and shortly after that learned that my own son is gay. A change began to happen inside me, and my devotion to God and my family led me to start asking myself some hard questions. I saw intimately what happens when those with few options are denied help in the midst of ostentatious plenty. I saw things and heard stories that made me weep. And I began, slowly, ever so slowly, to question my adherence to a political party that seemd to lack compassion for anyone except the very wealthy.

Allthough I was conflicted, I maintained my official affiliation with the Republican Party. When my mother died in 1992, I had never garnered the courage to tell her of my defection, but that fall I cast my vote for Bill Clinton, largely because of his promise to pave the way for gays to serve in the military.

Upon my divorce in 1994, I moved to Oregon to be near my sister and her family, bringing my youngest son – then 14 – with me. My sister is four years younger than I (really only 3-1/2!) but despite my elder sister arrogance, she has often had insights and words of wisdom that have had tremendous impact on me. As I mounted one of my best arguments against social services – that our mother had managed to raise three kids in the 50s and 60s with no help from our father, and without once having to resort to government aid – Peggy looked at me and said, “Instead of using her as a yardstick by which to measure others, you should admire the fact that she had the knowledge, skills, and perseverance to do that. Not many people do, you know!”

I knew she was right, but pride – my old enemy – still kept me as a registered Republican. I even took a certain pride in being an “open-minded conservative.” I am ashamed to admit that I voted for George W. Bush in 2000 for the most frivolous of reasons: Al Gore bored me. And I was willing to give Bush the benefit of the doubt for his first few years in office.

The war in Iraq, however, was an eye-opener – but only after we began to learn of the deceits that launched it. In 2004, I voted for John Kerry and began to see the true nature of what the Republican Party had become when the swift boat affair was initiated. For an entire party to impugn the integrity of a man who had served so nobly was anathema to me. Inertia being what it is, however, I remained a Republican in name only.

Until 2008. When I heard Rush Limbaugh exhorting Republicans to switch party affiliations so that they could vote in Democratic primaries and try to undermine the integrity of the party, I was finally, at last, appalled beyond belief. So I switched back to the party of my youth (I’m home, Mom!), and for the first time in my adult life, I not only voted but campaigned and donated money as well. And I’m proud – very proud – that my man won!

The ensuing efforts by those on the Right to not only discredit those who are trying to help our country, but to have no shame in putting forth blatant lies and ridiculous assertions have only strengthened my resolve to work harder for what I believe in.

This past fall, the United States elected a man who is the antithesis of everything my mother stood for, and his racist, bigoted, misogynistic policies and actions have only strengthened my resolve to work for those who are among the most desperate in this nation. I will make no excuses for my partisanship as I call him out on his lies and his wrong-headed actions. He represents the most sordid and shameful aspects of our country and I can no longer attempt to “understand” or to excuse those who voted for him. It is time for those who live in their own small and small-minded worlds to begin to listen and understand those whose lives are in peril from this man.

Truth alone will bring this country back to – in the words of the original Pledge of Allegiance, “…one Nation, indivisible, with liberty and justice for all.”

And I’m determined to do my part!

Join 346 other followers
Follow From the Left Side of My Brain on WordPress.com
Eva's Gastroparedic Adventure

Tales of life with a paralyzed stomach

Lisa Cerezo
Notes From the Lamp

Lent Madness
Stumbling in the Shadows of Giants

For the sins of your fathers you, though guiltless, must suffer. - Odes of Horace